The Stickney house - Everybody likes a good ghost story. And when it comes to pure spookiness, it’d be hard to beat the Stickney House in Bull Valley, which is known to be the most haunted house in America.

The Stickney house has been standing for over 150 years, but it is still believed that supernatural occurrences have not ceased.

Get ready yourself as this haunted house revelation is something to send a chill across your skin.

So screw your courage to the sticking point, and dive into this article as we reveal the story of the Stickney House.

The History Of Stickney House: How It All Began?

The George Stickney House, also known as the Stickney Mansion, is located in rural McHenry County, Illinois, near Woodstock, in the small village of Bull Valley. Since 1985, the Stickney House has housed the Village Hall and the Bull Valley Police Department. Since 1979, the structure has been listed on the National Register of Historic Places.

George and Sylvia Stickney, accomplished mediums and devout spiritualists, owned the house. Their desire to communicate with spirits may have stemmed from the fact that they lost seven of their ten children before they reached adulthood. Stickney owners held seances frequently due to their spiritualism.

They designed their house, which was built in 1865, based on their knowledge of the spirit world. All of the corners in their home were rounded to allow spirits to move freely and to keep evil beings from becoming trapped in the corners. The second floor of the house featured a large ballroom where George and Sylvia entertained guests and held seances. According to legend, Stickney's house had one major design flaw: a 90-degree angle.

The Stickney owners may have turned to spiritualism to communicate with their deceased children; they had ten children, but only three lived to adulthood. The family is known to have held seances on the second floor of the building. Owners have reported supernatural occurrences in the years since the Stickney family sold the house.

Stickney House: About The Owner 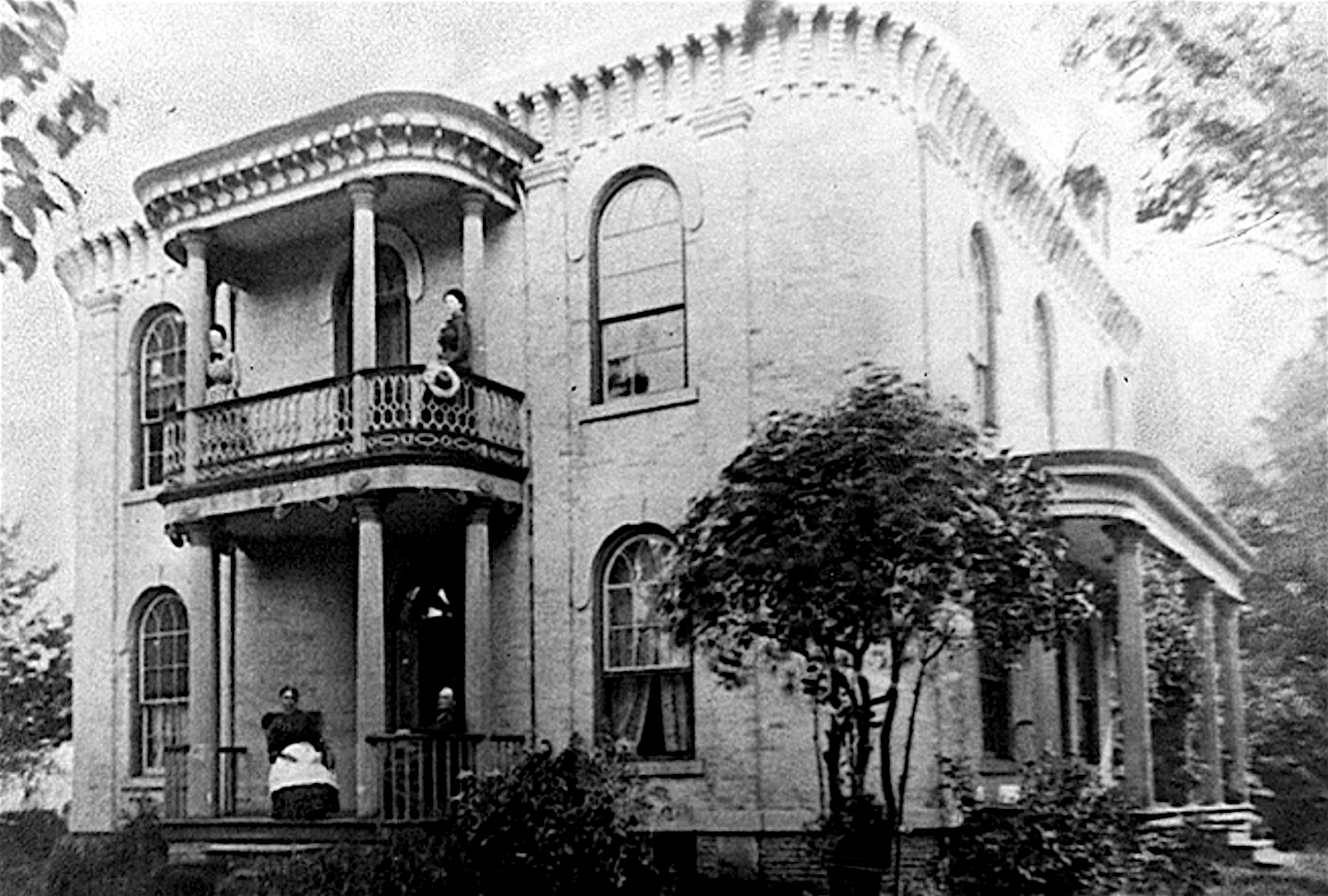 William Stickney (1827–1881) was a prominent member of Washington society who was the president of the National Savings Bank of Washington. He also served as secretary of the Board of Indian Commissioners, secretary, and director of the Gallaudet University Institution for the Deaf and Dumb, secretary and treasurer of Columbian University (GWU), and president of the Legislative Council of the Territorial Government of the District of Columbia. As you can see, he was a major player in Washington, D.C.

William was born in Maine but moved to Washington as a young man. He attended Waterville College in Maine (now Colby College) before moving to Washington, D.C. to complete his studies at Columbian College (GWU).

Stickney had a solid reputation in Washington society and was making a good living by the late 1860s. Stickney didn't skimp on his home, which cost $30,000. The ten-bedroom mansion was built with all the modern amenities of the time, including iron windows and door frames, a wine cellar, a library, hot and cold water, and a hot-air furnace. Stickney House was constructed at that time.

George Stickney died in that corner of the house, a terrified expression on his face. His ghost is said to be still trapped in that room. While no 90-degree angles were discovered in the house at the time of his death, the cause of his death remains unknown.

Sylvia Stickney remained in the house after her husband's death and became well-known as a spirit medium. The upstairs ballroom was transformed into a large seance chamber, and people traveled long distances to communicate with the ghosts of their deceased loved ones and relatives. Sylvia also claimed to communicate with her unlucky husband and deceased children.

After Sylvia Stickney died, the house was sold and passed through several hands. Legend has it that it was once purchased by a group of devil worshippers who performed black magic rituals in the large ballroom on the second floor.

What Happened To Stickney House After The Owner's Death

Rodrick Smith purchased the old Stickney house in the 1970s. However, after only a few days, the new owner fled in terror from the old place. He claimed to have heard strange noises at night and had the impression that something was wrong with the property. He was convinced that something evil had taken up residence in the house.

Many people have explored the old rounded house over the years and claim to have had the creepy feeling of being followed and hearing threatening voices warning them to leave. The current occupants claim to hear strange footsteps walking around the ballroom after dark and human voices whispering in the middle of the night. 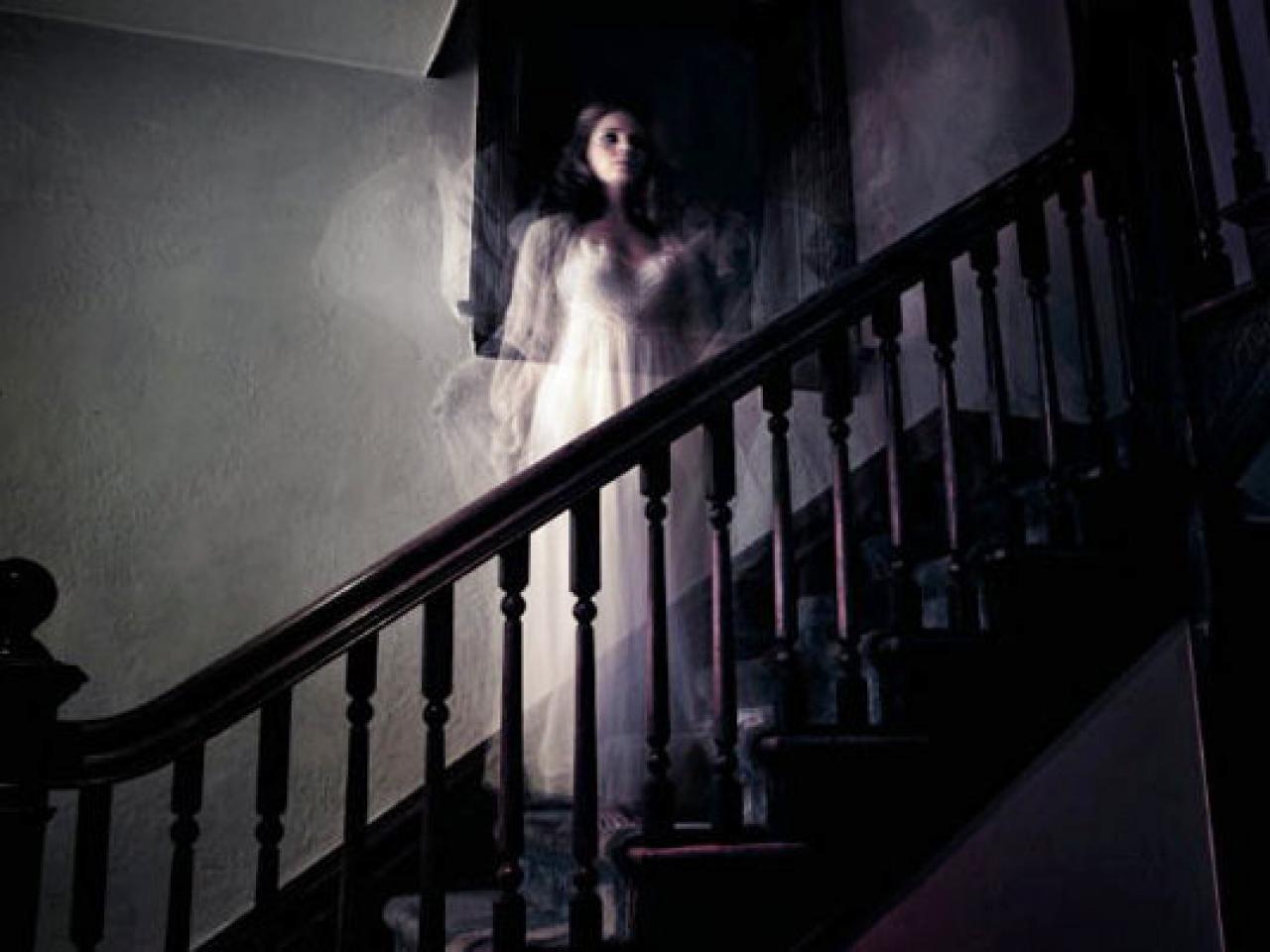 A white lady ghost at the stairs

The strangest spirit reported at the house is that of a woman dressed in a wedding gown who can be seen peering around a curtain in one of the upstairs rooms. Because no one knows who she is, some speculate that she is a resurrected spirit from many years ago. She was allegedly caught in a photograph when a real estate agent photographed the property in preparation for listing it for sale. Some people believe there are no hauntings on the Stickney property.

The couple who moved in after Roderick Smith reported no strange occurrences, but the police have had a few. Officer Ken Hoffman observed a number of drawers open and close on their own. Officer Hoffman and Police Chief Norbert Sauers both saw a woman in a white coat walk past a front window while they were talking in an office in 2007. When they went outside to find out who the woman was, she had vanished. Chief Sauers is skeptical, but he can't deny hearing footsteps and pounding on the walls, as well as seeing lights turn on and off. Several officers resigned after witnessing activity in the house.

The village of Bull Valley and its police department now occupy the mansion. Officers have reported having bad dream, hearing footsteps on the second floor, toilets flushing, lights turning off, doors opening, doorknobs turning, and voices from nowhere.

Is The Stickney House Haunted?

The most frequently encountered ghost at this location is, ironically, that of George Stickney himself. He died in one of the upstairs rooms, which had one of the only corners in the house. In addition, common reports at this location include hearing whispers coming from the other side of closed doors when no one is there, footsteps from unknown sources, and on several occasions, a woman in a wedding gown has been captured peering around a curtain in one of the upstairs rooms; however, who she is remains a mystery.

Why Does The Stickney House Have No Corners?

Stickney believed that the spirits in his house required the freedom to roam without getting caught in corners. Therefore, the home's interior is designed with no 90-degree angles between the walls. Every "corner" in the house is rounded.

What Happened To The Stickney House Now?

The building now houses the Bull Valley government and police force, and the only remnants of the rounded architecture can be found on the building's exterior, where the corners are still gentle slopes, as are the window arches. Spirits, it is assumed, can now enter but cannot leave.

To sum it up, the Stickney house indeed has a strange history. The question is, were spirits really summoned there? Is George still haunted by his former home? Is the house really have imprisoned spirits? Is Stickney House a real haunted house? After reading this article, the decision is entirely up to you.