Unfamiliar Memories - It Must Be Reincarnation What exactly is it?

The afterlife is central to reincarnation.

We are all currently constructing our paths to the afterlife at this time.

What we do, think, and feel on a daily basis influences what occurs in the hereafter.

As the sun rises, day slips into darkness and again back into day.

The transition from one season to the next is gradual.

New generations are born and old ones die as time passes.

Even while our own lives appear to be linear, nature is characterized by a never-ending cycle of birth, death, and rebirth.

So it's no wonder that some ancient observers saw the seeming linearity of human existence and concluded that life, like the natural world, maybe more cyclical than linear.

This idea of cycle life, past life, or reincarnation, was accepted by a number of faiths, ideologies, and movements.

Reincarnation is the belief that the soul, or some component of the soul, is reincarnated into new incarnations.

It is also known as transmigration or metempsychosis.

Depending on the religion or philosophy, the soul may manifest as humans, animals, or plants as it strives to break free from the cycle of birth, death, and reincarnation.

Most faiths that believe in reincarnation regard it as a means of attaining purity and redemption.

These existences may be human, animal, spiritual, or, in certain cases, vegetal, depending on the tradition.

While belief in reincarnation is most common in South Asian and East Asian traditions, it also appears in local religions' religious and philosophical thought.

What Is The Purpose Of Reincarnation?

So, what is the purpose of all of this?

Moving in and out of the physical realm through a series of rebirths allows God to effectively experience "Himself" in a practical rather than purely conceptual way—something.

He is incapable of doing from the realm of pure spirit—and, by living through a vast array of personal experiences—both positive and negative in nature—the process gradually reunites—or, more accurately, reintegrates—the soul that birthed us with God.

It does this for two reasons: first, it is naturally drawn to the Creator (or, more precisely, Source) as a result of being a part of God.

Second, as it learns—or, more precisely, "relearns" what it always knew inherently—that love is the only path to eternal bliss and the Creator is the source of that love.

It seeks to reunite itself with the source of all love, which it does paradoxically by experiencing what it is to be without love.

In fact, the soul can only feel love by placing itself in settings where it is unfamiliar with love, and that experience eventually pulls it towards the source of all love—God.

In doing so, it indicates that life, like God, has no beginning and no end.

Reincarnation, in fact, is what gives life its immortality.

It is life itself, never-ending, and the truest witness to the immortality that each human being has.

How Does One Know They Have Been Reincarnated?

We sometimes find ourselves wanting to do everything for one last reunion with a dearly gone loved one.

We desire to embrace our late parents, kiss the spouse who left us too soon, or hear the pitter-patter of a former pet racing to welcome us at the door.

When the spirit reincarnates into a new body, our wishes are frequently granted.

It travels back and forth indefinitely, assuming many forms and residing in various locations.

When energy exits from a defunct body, it seeks a new receptacle.

The soul who cherished you can't wait to return to your life, often with a similar purpose.

He or she may have a different appearance, but the same recognizable spirit will shine through.

You See The Same Dreams Every Night 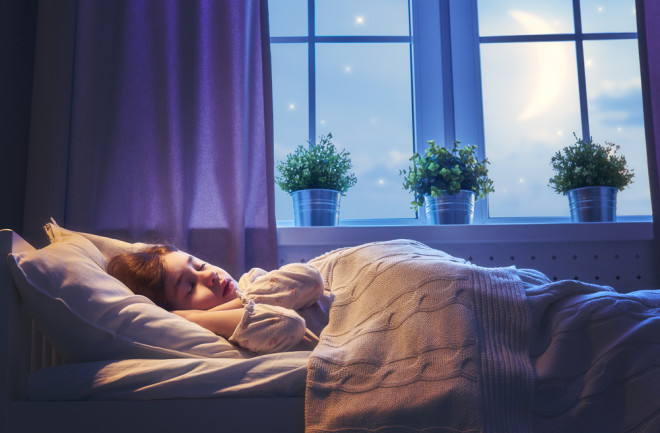 A girl sleeping with a blanket on

Dreams are a mirror of what you have been through in your life.

Do you experience bizarre dreams that repeat themselves, in the same manner, every time?

Do the persons and settings in these dreams appear to reflect a certain time in history?

Do you ever perish in your dreams?

It might be an indication that your spirit is retrieving experiences from a previous existence.

Of course, this is not sure evidence of reincarnation.

You Have An Exceptionally Strong Intuition

Intuition arises from the capacity to tap into wisdom and understanding that aren't easily articulated.

Sometimes these nuggets of knowledge come from experiences you've previously experienced in your life, but this isn't always the case.

It is stated that the more soulfully mature we grow, the closer we are to returning to the source (also known as nirvana), and the more educated we become.

You Have Some Weird Memories 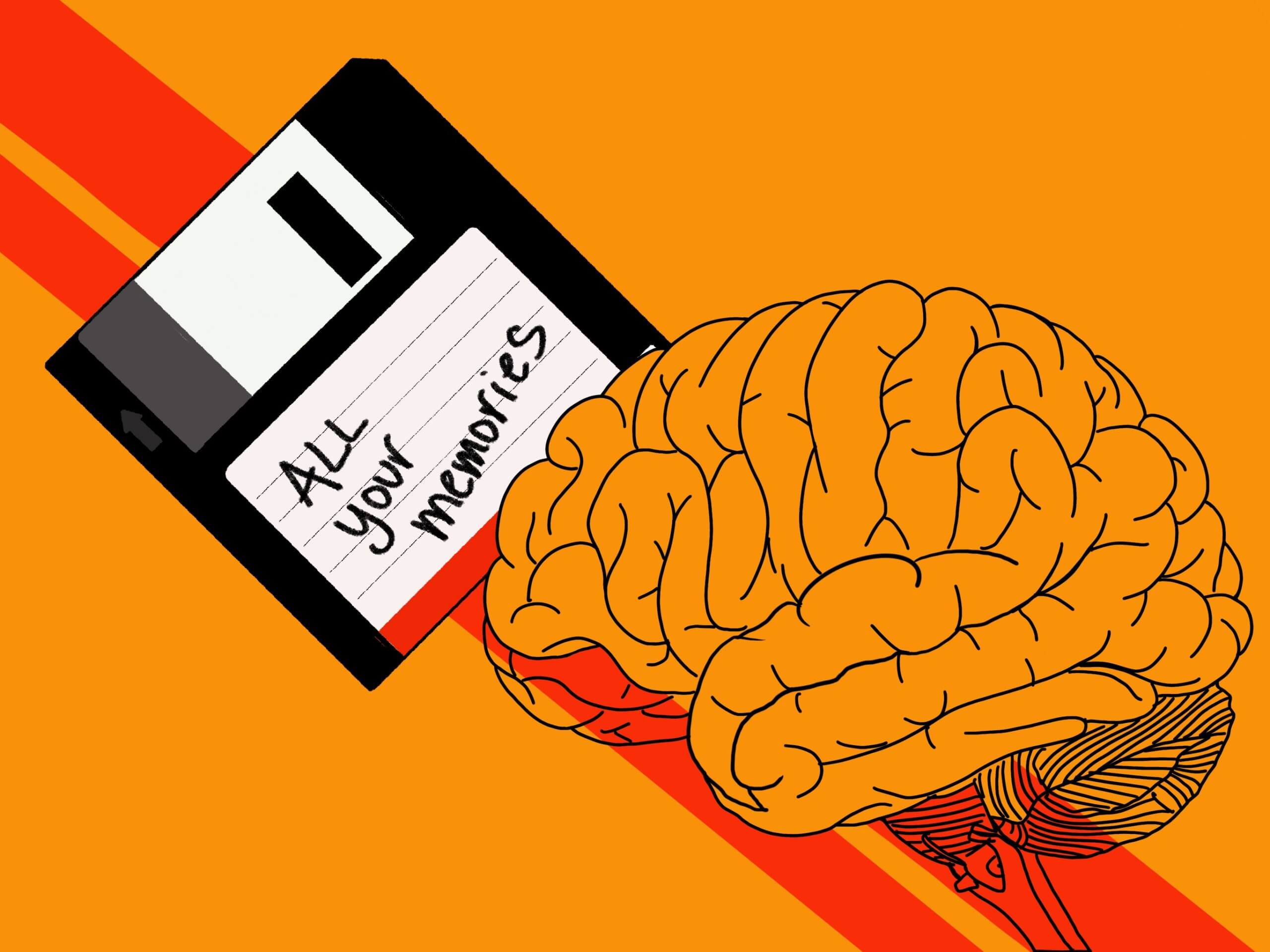 Brain and a disk with the words all your memories

There have been several documented cases of young toddlers having inappropriate memories that were subsequently revealed to be eerily exact in detail.

Actually, children are far closer to the crossing-over point for a soul than adults are, and they are typically much better at recalling things from previous lifetimes.

The more prior lives you've had, the more likely these recollections are.

The brain, on the other hand, may play tricks on us. So be cautious not to pass judgment on this one.

Yearning to feel like you’re home may be a sign that your soul had a love for a certain culture or period in time that it no longer gets to have, or that your soul may pine for the oneness that it occupies before being planted in a new body.

Many people feel this yearning is reminiscent of an athlete running a long race and longing to reach the ‘finish line’.

In the same manner, Souls that have reincarnated many times over express this basic need for finally completing the cycle and returning home.

You Can’t Be Fooled

You are not socially inept.

You've been here before, so you're not as vulnerable to indoctrination as others.

You can spot flakiness, and subliminal signals stick out like a sore thumb to you.

People find it difficult to pull a fast one on you because you can see through them and into their true motives.

Because the true self (atman) stays constant throughout life, it also survives death. This soul is taken to its next location inside the subtle (astral) body. The particular nature of the new body is decided by the person's mental state after death, which is notably impacted by (1) his wishes and (2) his karma.

Can A Person Be Reincarnated As An Animal Or Other Being?

Do Humans Reincarnate As Animals?

Because the true self (atman) stays constant throughout life, it also survives death.

This soul is taken to its next location inside the subtle (astral) body.

The particular nature of the new body is decided by the person's mental state after death, which is notably impacted by his wishes and his karma.

Samsara is the process through which all species of life transfer from one body to another.

Hindus believe that awareness exists in all kinds of life, including fish and plants.

Although the soul is present in all species, its potential is manifested to varying degrees.

It is most "covered" in aquatics and plants, almost sleepy, whereas it is most vigilant in people.

This progression of consciousness is manifest throughout six broad “classes of life, “namely aquatics, plants, reptiles and insects, birds, animals, and humans, including the residents of heaven.

Reincarnation is a component of the cosmic pattern, which is governed by the universal principle of cyclicity.

Karma is concerned with the law of cause and effect.

That is, if I do good, good will come back to me, if not now, then later.

The universe records all of our acts; anything we do, good or terrible, is documented.

Karma's job is not punishment, but correction

As long as the idea of doing wrong persists, there is no cosmic accountancy.

The necessity to be punished for every wrongdoing is abolished and replaced.

People who care about us don't want to leave us, but when they must, their spirits make a point of returning.

Pay attention to the signals above to identify and welcome a reborn soul home.