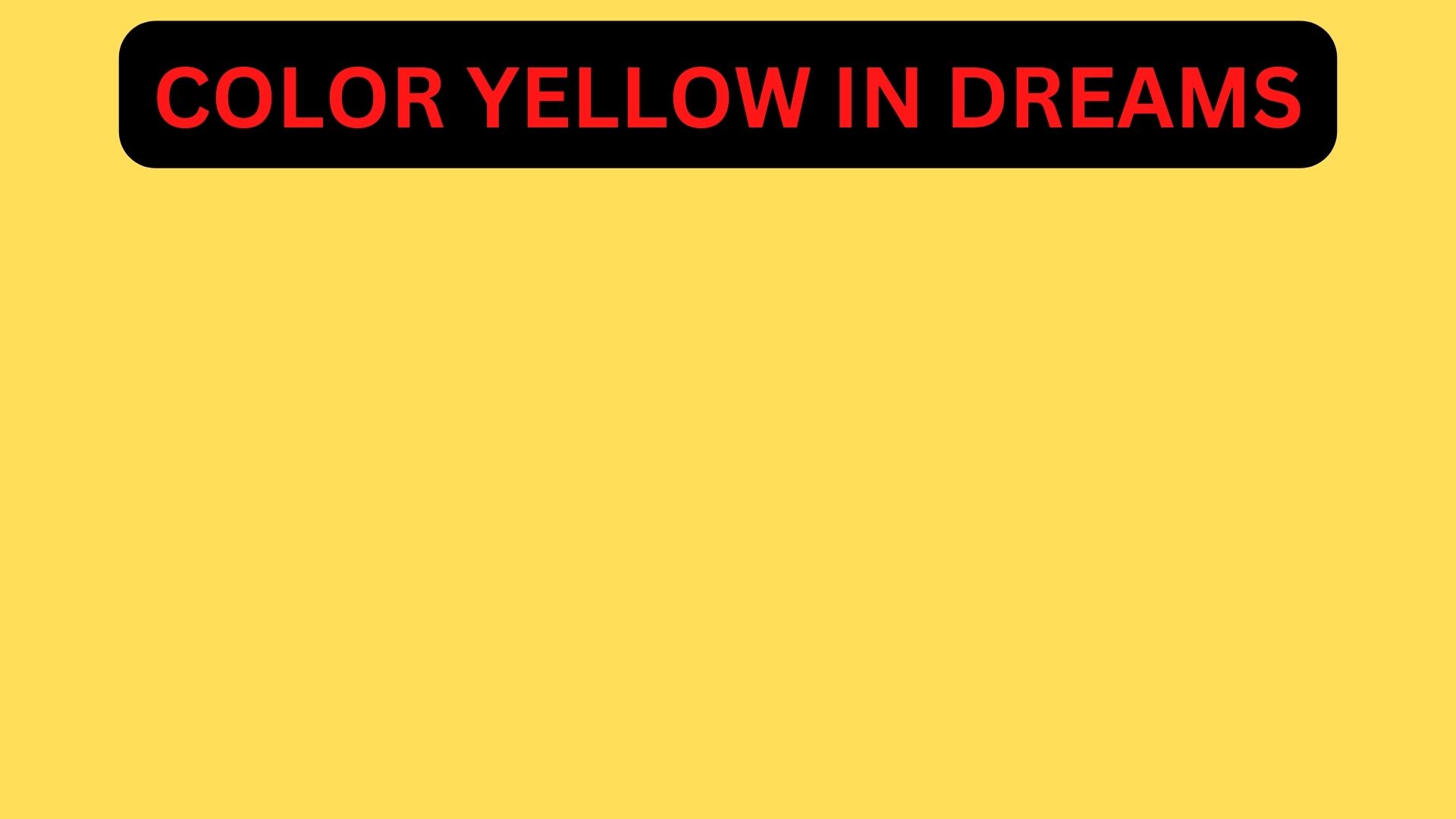 Colors elicit feelings while we are awake. In a similar vein, colors may evoke feelings in dreams. Although humans often dream in color, scientific REM studies have shown that we do not always remember them.

Today, we'll explore the meaning and symbolism of the color yellow in dreams. Understanding the meaning of colors may help us put this knowledge to use in a variety of real-world situations.

Meaning And Interpretation Of The Color Yellow In Dreams

The color yellow has a variety of connotations. It is the hue of the sun, sunny days, and several well-known spring flowers like daffodils and ragweed. As a result, it is often thought of as having a lot of vitality, vibrancy, warmth, and brightness. In dreams, vivid, bright yellow often evokes sensations of excitement and vitality.

The yellow, however, may convey a variety of different dream themes. Yellow often represents intelligence in dreams, might be related to your intellectual process, and can indicate that you are thinking clearly. However, if you've been having a poor day recently, the Unconscious could be attempting to get your attention to brighten up a little.

The yellow hue is linked to enlightenment, intellect, and wisdom due to its connection to the sun. If a prominent figure in your dream was dressed in brilliant yellow, it may be a sign that you are drawn to this person intellectually. The message might suggest that you want to take on some of these traits yourself rather than just being about the attraction itself.

Contrary to its past connotations, yellow has come to represent cowardice and jealousy in culture (and let's face it, envy is a sort of cowardice). Therefore, the presence of yellow may also stand for these qualities, particularly if it is cloudy, muddy, or murky.

Yellow in these colors may be a sign of dread, betrayal, deceit, and obstructed intuition. It may imply that a person is passively floating through life without any worthwhile objectives. 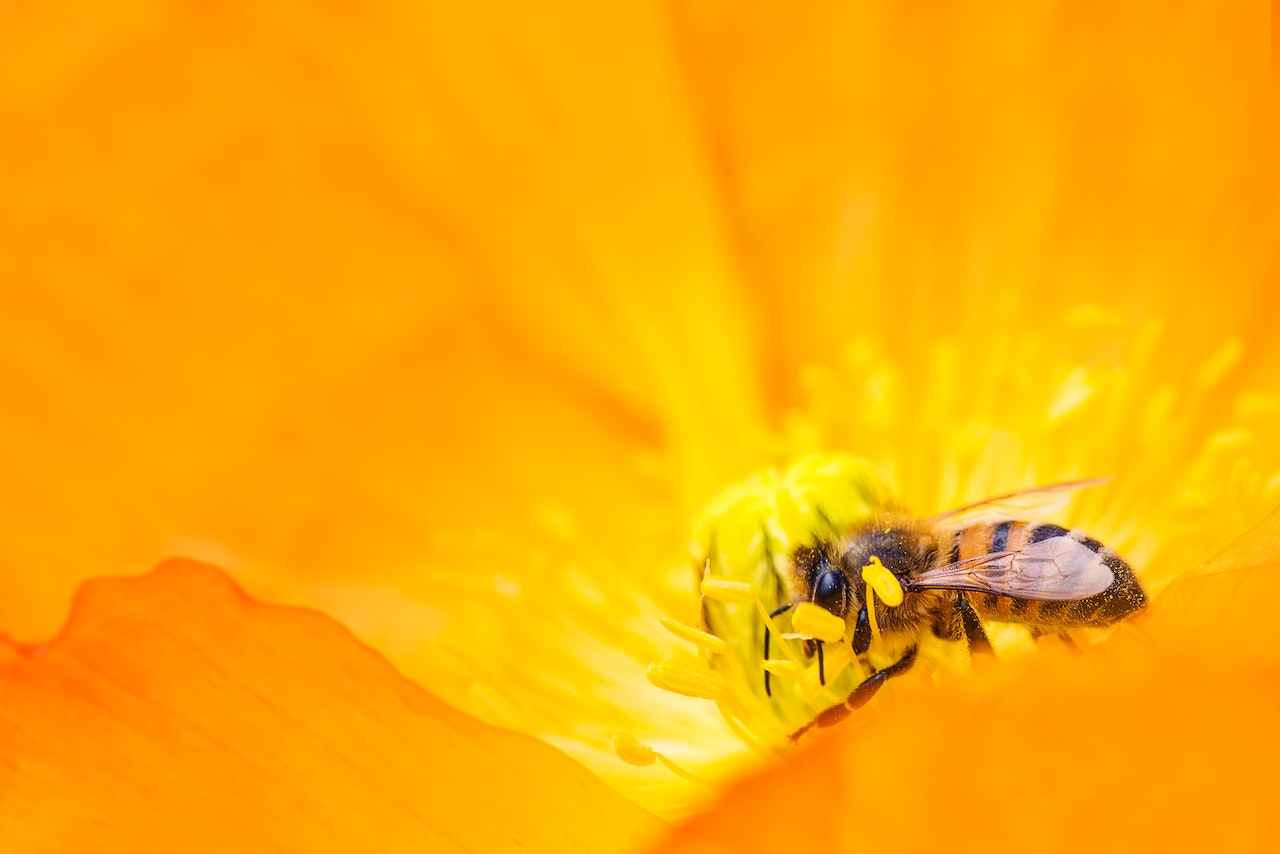 The Negative Aspect Of The Yellow Color

If you don't feel good after your dream, your unconscious mind likely knows more about the past than the majority of history textbooks.

In King Tutankhamun's tomb, a little paintbox containing orpiment pigment was found by researchers (King Tut). Orpiment is a vivid yellow kind of arsenic sulfide that was used in tomb paintings. Orpiment was an extremely deadly substance used in ancient Egypt that was formed of arsenic.

Greek and Roman artists painted gods with golden blonde (yellow) hair. Men and women in ancient Greece colored their hair yellow to seem pious and stylish. Prostitutes in ancient Rome had to bleach their hair to stand out, but soon nobles adopted the yellow hair color as a fashion statement. As the meaning of the hue evolved to treachery in medieval Europe, the phrase "yellow hair" became blond, bright, fair, or golden.

The betrayer of Jesus, Judas Iscariot, is often shown wearing a yellow shirt or rope. Judas' yellow attire was also connected to dishonesty, envy, and jealousy in addition to treachery.

Questions To Ask Yourself To Better Understand Your Dreams

To better comprehend your dreams regarding yellow, try asking yourself the following questions:

It is crucial to take into account the context in which a sign emerges while interpreting and deciphering dreams. It is completely different from having a dream where you feel terrified or helpless to waking up from one where you feel joyful and positive. Understanding the significance of the color yellow and how to use its meaning in our lives has many positive effects.

What Does The Bible Say About The Color Yellow?

What Does It Mean To Dream About Yellow Clothes?

If you dreamt you were wearing yellow clothes or accessories, it may mean you want to release old resentment and hatred.

What Does Yellow Symbolize Negative?

In the comments box below, please tell us about any dreams in which the color yellow had a significant role, as well as your personal experiences with the meaning of the color yellow in dreams and what it represents to you.