Circle Of Solomon - Protective Powers And Ability To Fulfill Wishes 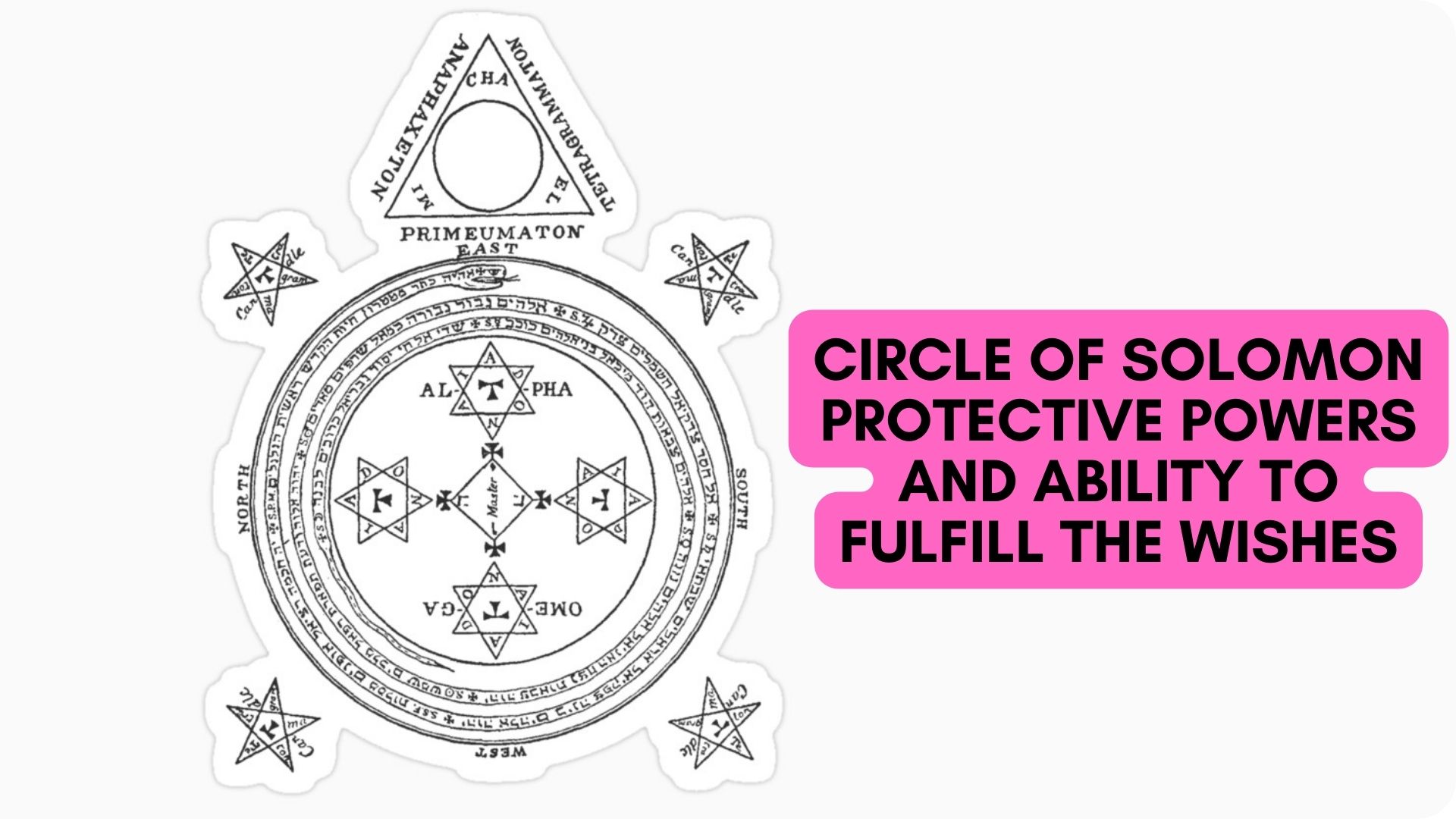 It is thought that King Solomon of Israel once held a mystical seal known as the circle of Solomon, often referred to as the Ring of Solomon. The emblem has Jewish roots, but it eventually became significant to Islamic and Western esoteric movements. Here is a close-up of the Solomonic Seal.

The History Of The Circle Of Solomon

The History Of The Circle Of Solomon Chart

The circle of Solomon, which can be seen as a pentagram or a hexagram, is King Solomon's signet ring. The ring is thought to have given Solomon the ability to communicate with and perhaps manipulate animals, as well as the ability to command demons, genies, and spirits.

The ring evolved into an amulet, talisman, or symbol in Medieval and Renaissance magic, occultism, and alchemy because of this power and Solomon's wisdom. The Testament of Solomon, in which Solomon wrote about his experiences constructing the Temple, refers to the Seal.

The story of Solomon's acquisition of the Divine Seal is told at the outset of the Testament. As a result, God sent Solomon a magic ring with an engraving of a pentagram in response to his prayer asking for assistance in assisting a skilled craftsman who was being tormented by a demon.

According to the myth, Solomon was able to learn about the demons, command them, and use them to his advantage thanks to the ring. Solomon used the demons to construct his temple and then buried the captured spirits in bottles.

The Ring Of Solomon's Location And Meaning

The Ring of Solomon, also known as the Ring of Jupiter, is a line that bows slightly upward and centers on the Mount of Jupiter, which is found at the base of the index finger. It symbolizes the mindset required to pursue mysticism.

The Ring of Solomon may manifest as a semicircle or in a straight line. The statement has something to do with Solomon's Judgment. If you possess the Ring, you are intelligent, perceptive, and mysterious; you enjoy researching various fields of mystery science.

You possess a keen sixth sense and strong communication skills; you have a thorough understanding of human nature, and you possess artistic talent and the potential to advance to a position of authority.

It will be appropriate for you to work as a teacher, attorney, or judge, or engage in psychological therapy, religion, or numerology since the Ring of Jupiter denotes knowledge and enlightenment in philosophy.

Additionally, the ring is typically found on those in positions of respect or power. You are still youthful and intelligent if you own the ring. The ring also symbolizes luck and suggests that when you are in need, aid will always come to you unexpectedly.

Ways To Improve Your Luck

You can wear a ring on your index finger to create the fortunate sign and increase your luck since the Jupiter ring affects luck significantly, yet the ordinary person lacks one. The ring can be made of silver or gold, but it will look nicer if it has a stone set inside it.

More About The Ring Of Solomon

People that possess Solomon's ring are naturally good at analyzing things. In many instances, the line is duplicated, or there are sympathy or teacher's squares beneath it. It is a mark of aware people who are good with others, such as managers and psychologists.

The drawback is that the subject can choose to assist others in pursuing their goals in life rather than pursue their own. A full one is uncommon but indicates great analytical and decision-making skills.

The skillful understanding of the essence of things, the perception of others' thoughts, and the good fortune of receiving assistance from others An owner of a ring of Solomon has a way out of a tricky circumstance when things are perilous. People often have success with the other sex and finding a lovely partner because of how they see things.

What Is Solomon's Ring?

The archangel Michael gives Solomon a supernatural ring. Invoking angels and magical powers, Solomon summons a full register of demons and takes authority over them by discerning their association famine, disease and trampling them.

The Solomon's seal, Polygonatum (or ladder of heaven) is a perennial plant with graceful stems that arch with pleated oval leaves paired along their length.

What Are Solomon's Powers?

Symbolically, Solomon is considered to have authority over spirits, animals, the wind, and water.

The circle of Solomon is renowned for its magical qualities and has a troubled past. In all of its forms, the Seal of Solomon symbol is still a revered and important symbol for many religious groups, whether it is used for magic, religious meaning, or protection from evil.