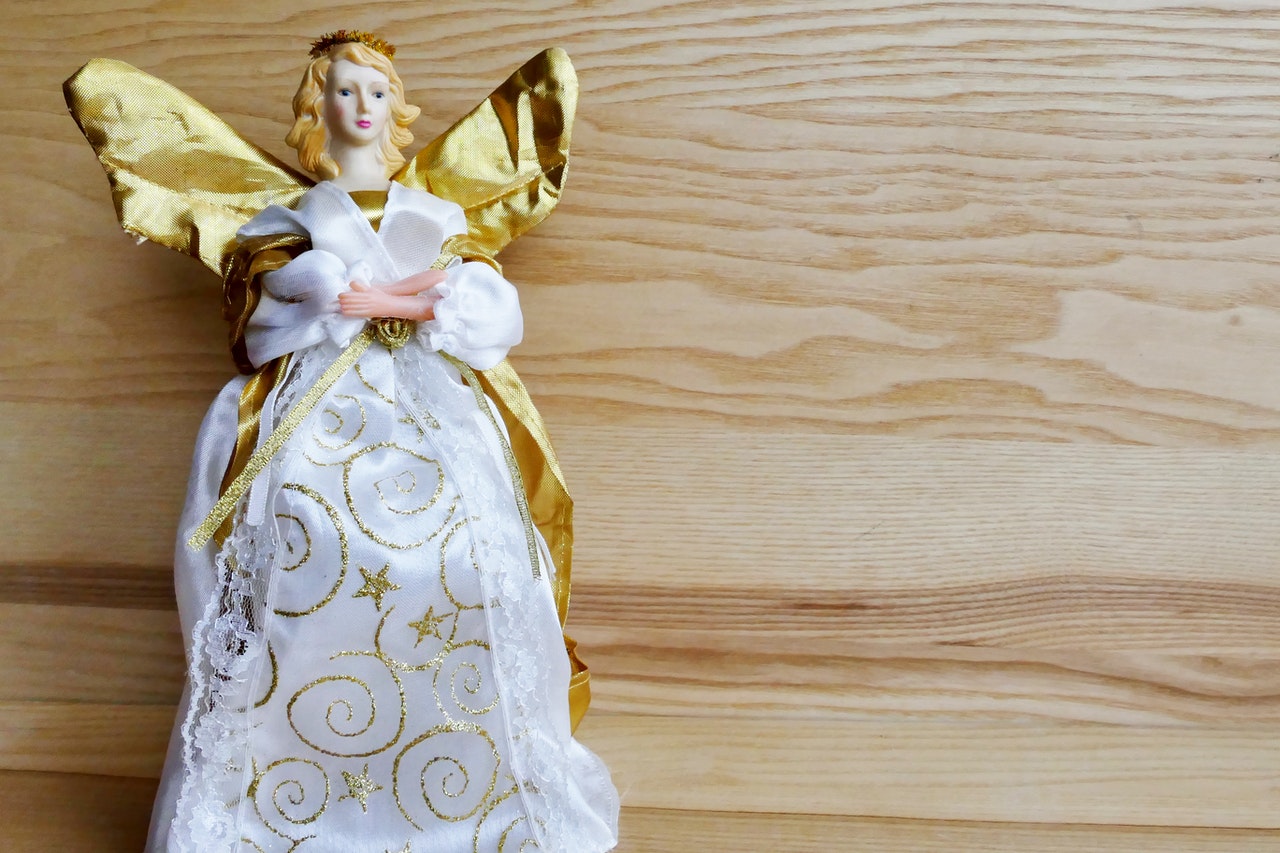 Archangels And Angels - They are divided into a variety of orders. God has assigned Archangel Michael and his brother Archangels to aid the human race as we navigate this existence on Earth. Individuals can be called upon at any time for assistance in their areas of expertise.

The Archangels can be in several places at once as long as they don't get fatigued. They enjoy it when we ask for help since it recognizes their existence and allows us to credit the wonders we see to their loving assistance and God's hand. When we seek their assistance, they are grateful.

It might be beneficial to have an organized prayer to ask for assistance, although it is not required. Conversationally, approach the Archangels as you would your best friends and solicit their aid.

It's important to note that the colors of the energy force, what they contain, and the Archangels' animal spirit form as I view them may differ slightly from person to person.

Your symbolism and previous meetings with the angels will impact your perception of them and the experiences you've had with them.

Archangels might come to you as either masculine or feminine. Because spirits have no gender, they will come to you in whichever shape you are most comfortable with.

Names Of Angels Of God And Their Duties

The angelic hierarchy is divided into several levels. Two of these ranks are angels and archangels. Individually, angels guide humanity. Archangels guard the whole human race. They approach us with a lot of love, acceptance, and compassion.

Their responsibilities include facilitating life journeys, soul contracts, natural world order, and much more. They also serve as a conduit for receiving heavenly wisdom and inspiration.

Her energy is both strong and kind. Oversees environmental issues and is recognized as an animal protector and healer. She can assist you with physical requirements such as housing, money, and supplies.

He exudes a calm and gentle spirit. Azrael, the angel of death in Jewish and Islamic religions, gently guides the souls of the dead to Heaven. He then soothes grieving family and friends, assisting them in their grief recovery.

Chamuel - He Who Sees God

His vibe is kind and understanding. His omniscient vision allows him to perceive how everything and everyone are connected. Chamuel has the power to calm people down and create personal (and even global) harmony.

Gabriel is considered masculine by certain faiths, while he is considered feminine by others. His greatest skill is the ability to relay divine messages. This is why his name can be found in several sacred writings. He is passionate about childraising and pregnancy.

Several religious writings depict him as having enormous strength, power, and courage. As a result, he became the patron saint of cops. He is usually invoked for spiritual protection and cleaning. He can free you from fear and uncertainty.

He is identified as the supervisor of all angels in the Book of Enoch. He makes sure that all of their interactions are pleasant. He exemplifies objectivity, which is why he can bring harmony to any relationship. He can also help you with legal issues.

He represents Divine knowledge. Raziel is said to be able to hear all of the mysteries of the cosmos since he sits so near to God's throne. He even transmitted this wisdom along to Adam and Noah through a book he wrote. 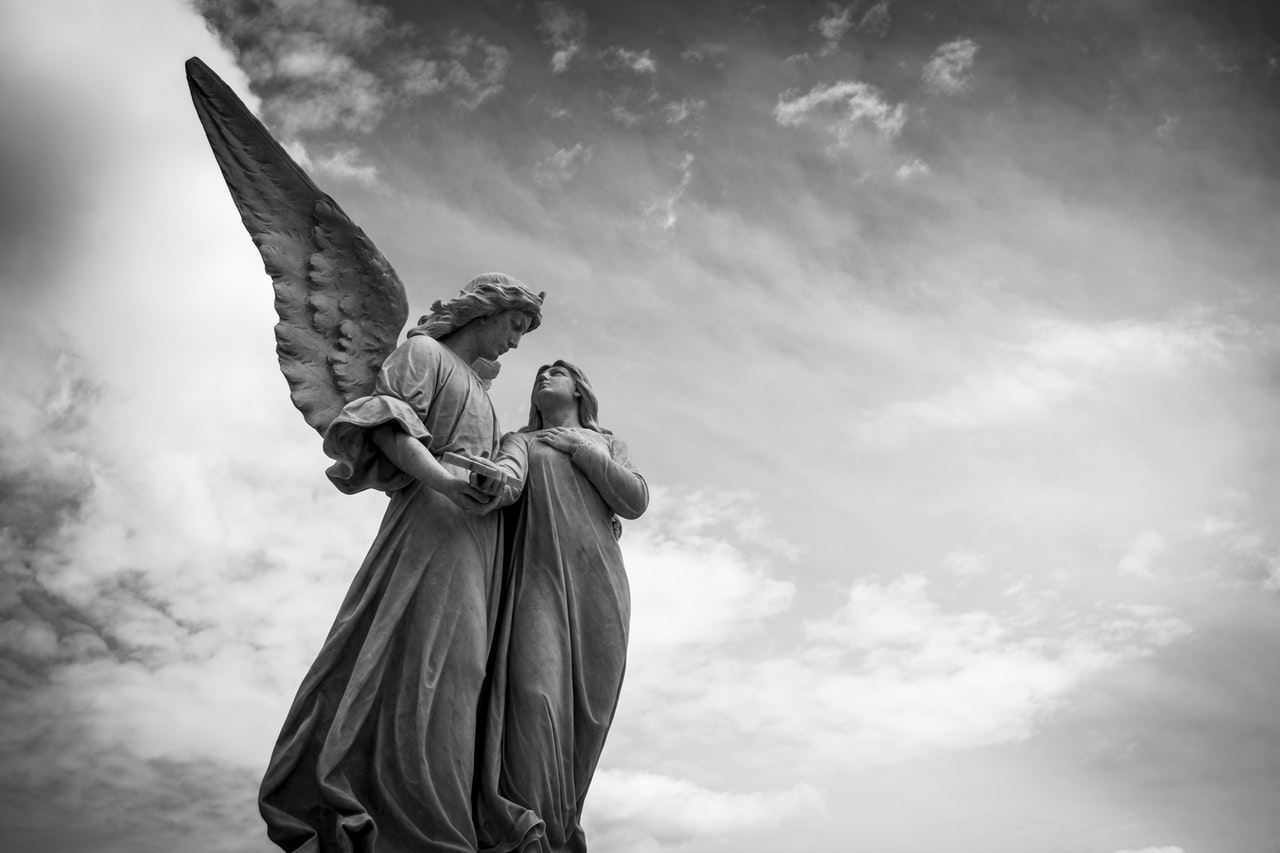 Who Is The Supreme Archangel

Many various creatures in many different religions are referred to as "angels." These creatures are generally the highest in the spiritual hierarchy, and they are in charge of the spiritual, spiritual, physical, and sometimes even physical protection of humanity.

Michael, the leader of the four archangels, is considered the top archangel of the universe and is one of the most powerful members of the archangelic hierarchy.

Angels, as we all know, are God's messengers. They're the ones God sends to talk to us, offer us news, or point out our transgressions. Michael is the Mercy Archangel. His name, which means "who is like God" in both Hebrew and Latin, is the same.

According to Jude 1:9 in the Bible, Michael was one of the senior angels selected by God to be in charge of judging the earth. The other angels have their roles to play, but Michael is the Prince of Light.

According to the Christian Bible, seven archangels assisted God in the creation of the world. Michael is one of them. He is the sole angel named in the Old Testament, and most Christians believe he is the commander of the army of angels.

However, other Christians think Michael is the commander of the angels in Heaven. Michael is also known as the Archangel in Islam, and some Islamic scholars believe he was the first angel to come to Muhammad, the creator of the faith. 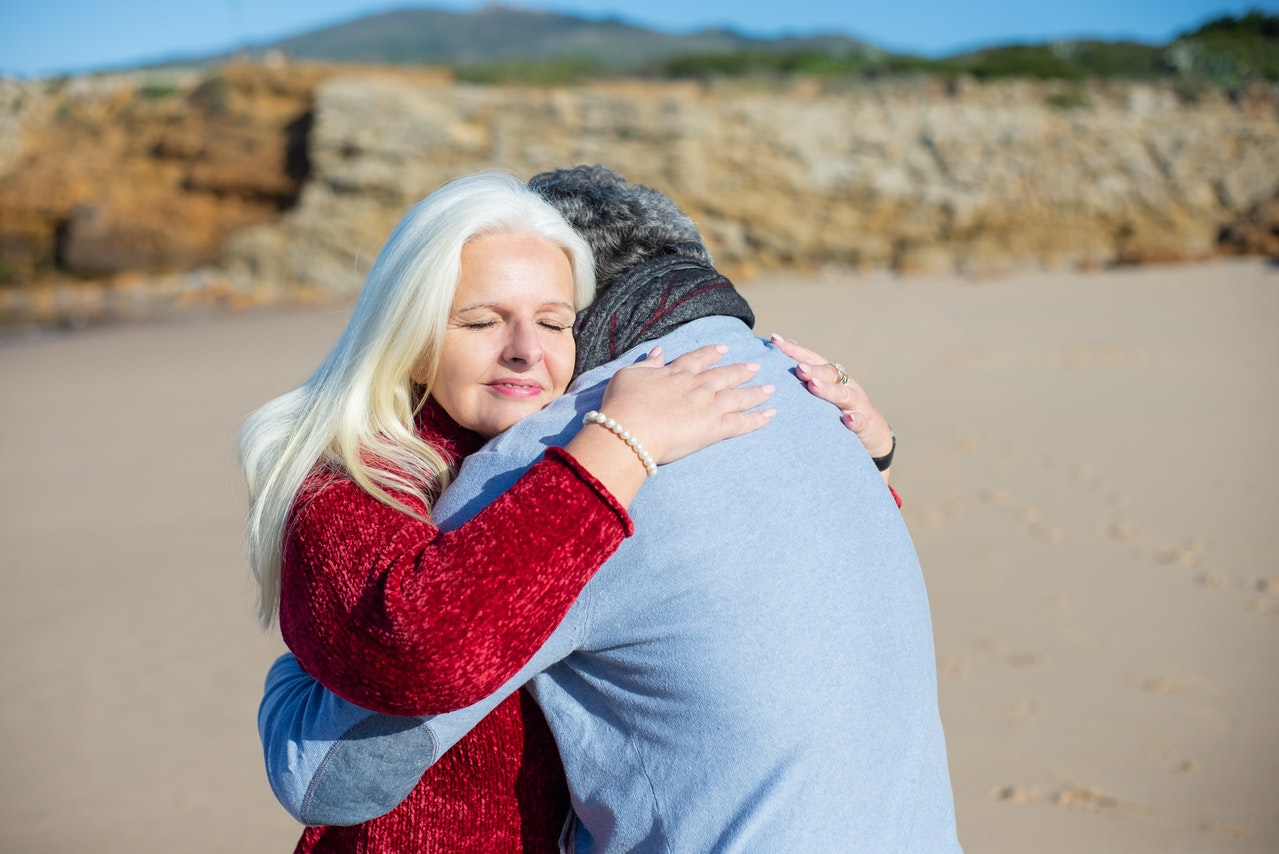 How Many Archangels Are There?

The twelve archangels in the Kabbalah, each allocated to a sephira, are Metatron, Raziel, Cassiel, Zadkiel, Camael, Michael, Uriel & Haniel, Raphael & Jophiel, Gabriel, and Sandalphon. Michael, Raphael, Gabriel, Uriel, Saraqael, Raguel, and Remiel are mentioned in Chapter 20 of the Book of Enoch as seven pure angels who watch. They are often referred to as the seven archangels. The archangels are also mentioned in the life of Adam and Eve: Michael, Gabriel, Uriel, Raphael, and Joel. Maimonides, a medieval Jewish philosopher, created a Jewish heavenly hierarchy. 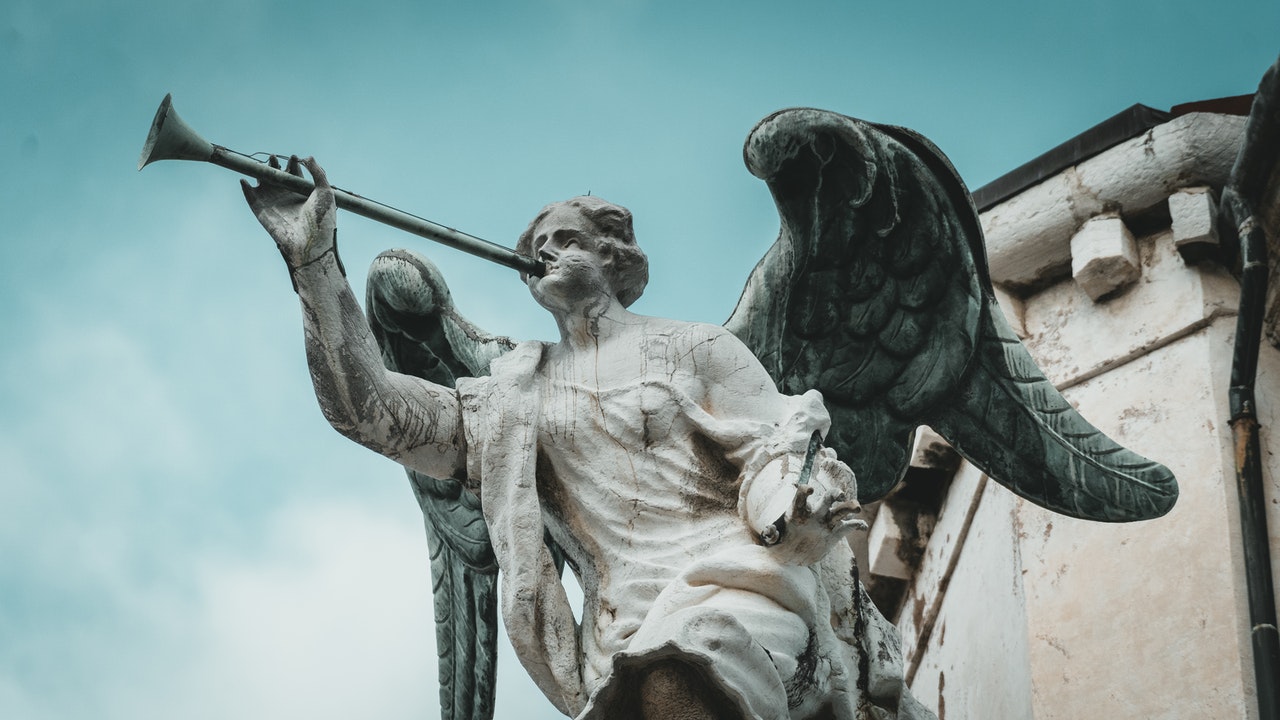 A Statue of an Angel Blowing a Trumpet

In Abrahamic religions, angels that were exiled from heaven are known as fallen angels. The phrase "fallen angel" does not occur in the Bible or other Abrahamic texts, but it is used to denote angels who have been driven out of heaven or who have sinned. Such angels frequently entice people to sin.

The concept of fallen angels comes from the Jewish pseudepigraph Book of Enoch or the premise that the "sons of God" referenced in Genesis 6:1–4 are angels.

Some Jewish sects, as well as many Christian Church Fathers, recognized these same "sons of God" as fallen angels in the period leading up to the compilation of the New Testament.

In all three Synoptic Gospels, Satan is identified as the chief of devils. In 1 Corinthians 6:3, Paul the Apostle (c. 5–c. 64 or 67) says that there are angels who will be condemned, suggesting the presence of evil angels.

Angels that have sinned against God and are awaiting retribution on Judgement Day are mentioned parenthetically in 2 Peter 2:4 and Jude 1:6.

In Chapter 12 of the Book of Revelation, Satan is described as a large red dragon whose "tail swept a third of the stars of heaven and flung them to the earth."

In verses 7–9, Satan is destroyed by Michael and his angels in the War in Heaven: "The huge dragon was hurled down, that old serpent who is called the Devil and Satan, the deceiver of the whole world; he was cast down to the ground, and his angels with him."

Fallen angels are not linked with demons in the New Testament writings, but early Christian exegetes connected fallen angels with demons, with Satan as their commander, by merging allusions to Satan, demons, and angels.

Who Are The Seven Main Archangels?

Michael (Sunday), Gabriel (Monday), Uriel (Tuesday), Raphael (Wednesday), Selaphiel (Thursday), Raguel or Jegudiel (Friday), and Barachiel (Saturday) are the seven angels or archangels who correlate to the days of the week (Saturday).

What Angels Are Higher Than Archangels?

Who Are The 3 Main Angels Of God?

The three Archangels, Michael, Gabriel, and Raphael, are the only angels named in the Bible, and they all play significant parts in salvation history.

These seven archangels have been named by many faiths, nations, and faith systems, each with its unique specialty. Angels are an interesting aspect of our culture's past.

Whether you believe in angels or not, your archangel can help you whenever you ask for help. Angels and archangels are God's postponement, strengthening us and returning our petitions and communications to The Source.

They have guessed your life's purpose and wish to assist you in fulfilling it. Many people have discovered that connecting with an archangel who specializes in the area of their life where they want to see progress has resulted in more positive breakthroughs and transformations.

To experience more serenity and light in your life today, include a spiritual connection by connecting with the heavenly world.